Every NFL game is important. No squad that hopes to contend owns a lot of wiggle room. That said, not all 16 matchups are created equal.

Of course, divisional and conference contests carry added weight. Then there are games that come with a revenge factor or, simply, a big-fight feel. In this chronological ranking of the Cincinnati Bengals’ five biggest games of 2016, you’ll find matchups that meet all of those criteria.

The Bengals finished last season with a bad taste in their mouth, to say the least. Losing a playoff game to a hated rival in catastrophic fashion, no matter what sort of lip service Marvin Lewis gives the media, undoubtedly sticks with a team. No matter which side of the coin you fall on as a fan, it’s hard to argue that Cincinnati doesn’t at least have a case when it says poor officiating cost it that game.

The Bengals can’t exact revenge and exorcise playoff demons in Week 2. What they can do is get a big early-season confidence boost and a leg up in the AFC North. Cincinnati will be without Vontaze Burfict, but the fact that Pittsburgh will be down Martavis Bryant and Le’Veon Bell should level the playing field. The key for Cincinnati in this one is to play with controlled anger.

Very, very quietly, the Bengals have begun to develop a rivalry with the Denver Broncos. The two have been among the most consistently strong teams in their conference over the past five years and, as such, have seen quite a lot of each other. Cincinnati and Denver have faced off four times since 2011, with no game being decided by more than nine points. The Bengals are 1-3 against Denver in that span.

It’s hard to pinpoint why Cincinnati struggles with Denver, because the teams have been so different in each matchup. The Bengals have seen three different Bronco quarterbacks since 2011, rooted in different offensive approaches. In 2016, it’s the Broncos’ great defense Cincinnati will have to contend with. The Bengals have an offense that could be one of the league’s best, and facing off against a Super Bowl-caliber defense early in the season will be a great litmus test.

The recent history between the Patriots and Bengals is plenty interesting in it’s own right. The teams have squared off twice since 2013. The first time around, Cincinnati authored a great defensive performance and held New England to just six points, its lowest point total since 2006. The very next year, though, New England hung 43 on Cincinnati. After a year without facing off, the two AFC powers will resume battle in 2016.

With high-powered offenses and so-so defenses on both ends, this game could become a shootout. That’s a good thing: Given the strength on offense of the top few teams in the conference, the Bengals need to learn how to win high-scoring matchups. Earning a road victory against the NFL’s gold standard would do wonders for Cincinnati’s confidence.

With a rivalry this heated, it’s fairly obvious why both games in this season series earn a spot on the list. The primary reason for this one differs from Week 2, though. The animosity between these teams will always be discussed. The outcome of the first game will shape the backdrop for this reunion. More important is the simple fact that this will likely be a very important game.

Pittsburgh and Cincinnati have traded division titles over the past few seasons. It’s very likely that the identity of the 2016 AFC North champion will be uncertain until the season’s bitter end. This showdown could play a hand in determining who earns the crown. It could also play a part in playoff seeding and potential bye weeks. With the playoffs looming in Week 15, Cincinnati has to prove it can defend it’s home turf and get over the playoff hump.

Everything said regarding Pittsburgh and Cincinnati above holds true, but the variable is the Baltimore Ravens. Baltimore is overlooked to a degree because of a poor 2015 season, but it returns a ton of new and old talent as well as a consensus top-10 coach. A rare down year should only motivate Baltimore to improve in 2016. Whether as a playoff participant or a hopeful spoiler, the Ravens will definitely bring the fight to the Bengals in their season finale.

It should be noted that Cincinnati’s had Baltimore’s number of late, taking the last five matchups between the division rivals. That is also why this game earns a spot on this list. The Bengals haven’t necessarily been prone to trap games, but domination of a typically strong team could make them overconfident. There’s nothing the Ravens would like more than to make the Bengals pay for their five-game winning streak… and knock Cincinnati out of the division race or the postseason altogether. 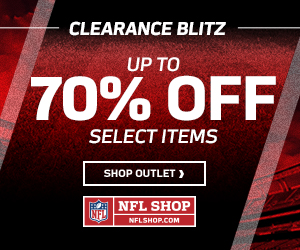 Corey Tindal sinks himself in hapless case of football Darwinism
A.J. Green will have career-best season in 2016
To Top
This site uses cookies to improve your experience. Read more.